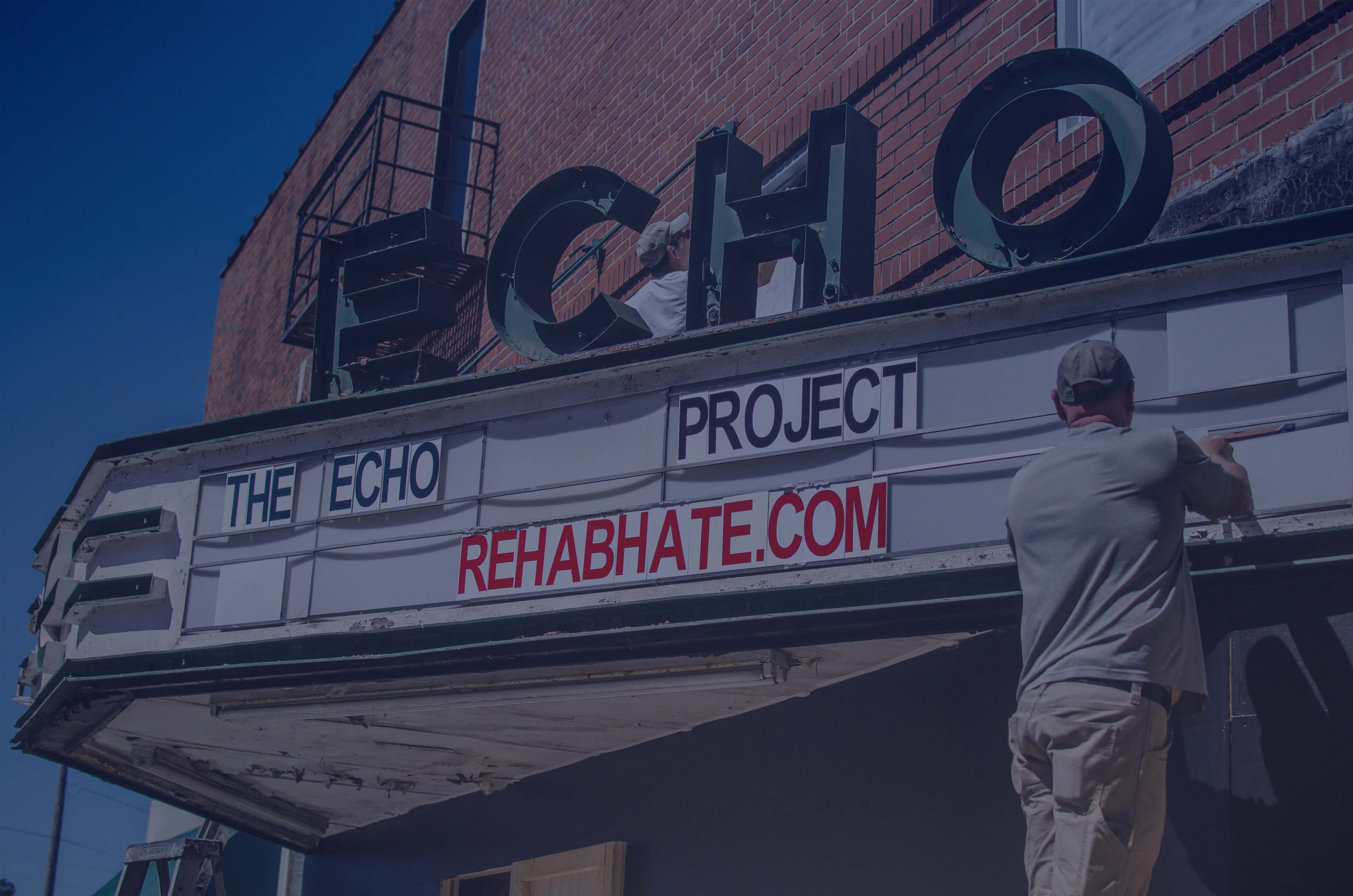 Learn about the history of the Echo Theater and explore the exciting renovations transforming this space into one of remembrance, diversity, and truth.

The Redneck Shop was the most famous white supremacist store in America.

Opening inside the 110-year-old Echo Theater in 1996, the store sold Confederate memorabilia, Ku Klux Klan robes, and served as a meeting place for Klansmen, Neo-Nazis, and other white supremacist organizations.

In the ultimate act of forgiveness, Reverend David Kennedy, a Black Baptist Minister and Civil Rights activist, took in Michael Burden Jr., a Klansmen who lived at the store. Rev. Kennedy and his church gave Burden a home, food for his family, and a place to worship after Burden decided to walk away from the Klan. As a token of thanks, Burden sold Reverend Kennedy partial ownership of “The Redneck Shop”.

After a long legal battle, it was ruled that rightful ownership of the property was held by Reverend Kennedy and his church, with “The Redneck Shop” finally closing in 2012.

Now, The Echo Project is taking the Echo Theater, a place marred by racism, and transforming it into one of truth, remembrance, and healing.

Learn more about the history of the Echo Theater and “The Redneck Shop”.

With over a third of a million dollars raised by thousands of donors and corporate partners worldwide, The Echo Project is in the process of a comprehensive renovation to transform the former home of "The Redneck Shop" from one of racial hatred into one of remembrance and community.

We will use the history of the Echo Theater and its relationship to the broader fight for equality in America to show the true hateful legacy of the KKK and other hate groups affiliated with "The Redneck Shop". This space will illustrate the centuries-long struggle for justice by detailing the history and dark legacy of racial violence in our community and across the country.

We will also use the journey of ownership of the Echo Theater — from a former Klansman to a Black Baptist Minister — to serve as an example and an inspiration of healing over hatred.

We hope to provide context of this history to visitors and leave them with a powerful message: the necessity of standing against hatred, and healing division in our communities.

Our compelling exhibits and historical research will be the backbone of a diversity center, also inside the Echo Theater, that fosters conversations around justice, forgiveness, and reconciliation through community-driven education and leadership initiatives.

Thanks to the generosity of thousands, we have started the renovation of the Echo Theater, but we need your help to continue this necessary work.

Your donation goes directly to transforming the Echo Theater and building our programming to foster reconciliation, healing, and diversity across the country.